Published by the Steering Commitee on March 18, 2018

We are gratified by the numbers of you who have signed up in recent months.

Galvanized by the dishonesty and discord in the White House since Donald Trump’s election, Grandmothers are determined to do all we can to help flip the Senate in 2018.

But first, in February and March, Grandmothers rallied with others following the tragedy at The Marjory Stoneman Douglas School in Parkland, Florida. We developed the following card. Then we signed and mailed thousands of them to the Republican members of the House and Senate Judiciary Committees. 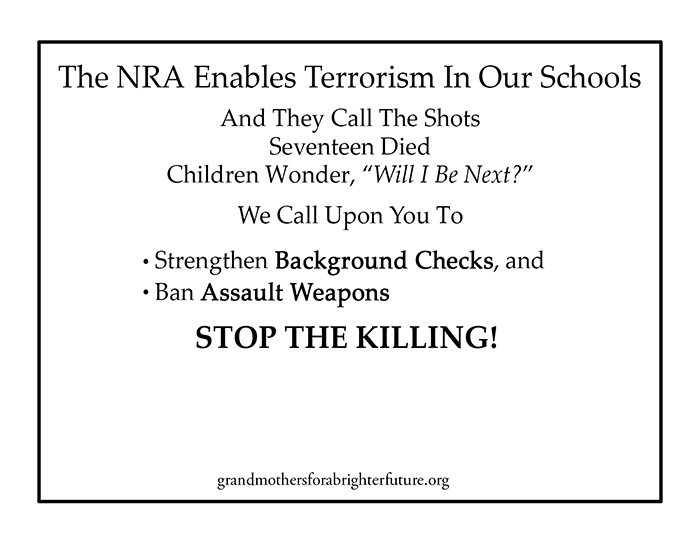 Early in March we invoked our particular perspective as Grandmothers. We are overwhelmed by the numbers of you who have signed up since the beginning of the year. You are clearly looking for action. We Read more…